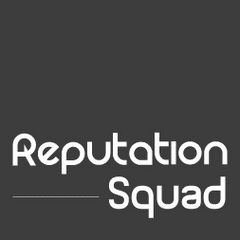 With corporate businesses, high profile celebrities, and individuals from China, the US, the Middle-East, Africa, and Europe among its clients, the Reputation Squad has recently opened a branch office in the heart of London. 17 Hanover Square is the new home for the London branch of this innovative online reputation management company.

The company was created in 2009 to help companies and individuals combat the ever increasing risk of company and character assignation over the internet. With its reputation as a vibrant internet company manned by teams of young, highly talented, highly skilled technology engineers, it has grown and expanded at an impressive rate.

Many of the rogue reporters associated with the British tabloid press some years ago would decide who to target when they woke up in the morning. Any good scandal, whether true or false was what sold papers. The reputations of many celebrities and individuals were ruined almost at the drop of a hat – a small column inch apology appearing on page six some weeks later.

The internet is now where similarly minded people go to attempt to carry out their threats. With the World Wide Web just 25 years old, it is still very much in its infancy. No longer can corporations or individuals sit contentedly, basking in the spotlight of a reputation which has taken years to build. Almost anyone who can string together a few sentences can begin an organised character assassination job on an individual or brand of their choice.

The brains behind the Reputation Squad realised the risk to high profile individuals and companies which they (the individuals and companies) would have no way of combating, and set about levelling the playing field. Not only will the Reputation Squad, using human expertise and cutting-edge technological tools, protect the reputation of their clients – they will also help improve, increase, and promote the reputation of those concerned.

Reputation Squad has a large range of programmes designed to help those who want them.

Now, with their new branch office in the UK, there has never been a better time to consider how important one’s online reputation is. Reputation Squad can be contacted online, or from the contact number on their website. Reputation Squad, now in the UK to improve, enhance, and protect your reputation.